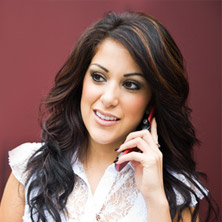 Demographics
According to the most recent U.S. Census Bureau Data, the U.S. Hispanic population is estimated to reach approximately 54 million, or 17 percent of the total population. This makes it the largest minority group in the country. This population is expected to continue growing rapidly through natural birth and immigration, regardless of whether tighter immigration laws are enacted. http://www.census.gov/newsroom/facts-for-features/2014/cb14-ff22.html#

Purchasing Power
Secondly, the US Hispanic population’s purchasing power is growing exponentially, from $1 trillion in 2010 to $1.5 trillion. This makes Latinos prominent players in the economy. If the U.S. Hispanic community were a stand-alone country, it would feature among the top 20 world economies due the sheer strength of their purchasing power.

Brand Loyalty
An interesting fact about Latinos is that they tend to be loyal consumers. This demographic has unique buying tendencies that differ from that of the general population. Hispanics in general, including those residing in the U.S., have strong family ties and traditions that make their culture enduring and sustainable. It is therefore prudent to clearly understand their shopping tendencies, needs and wants before developing and marketing your products to Latinos. Should they fully embrace your product, rest assured there is a good chance they will remain loyal to the brand.

Growing Television and Internet Access
Finally, Latinos are increasingly watching TV and accessing the internet. TV viewing habits include parents and children co-viewing, watching sitcoms and sports. This makes them the perfect audience for ads that seek to promote products meant for the whole family.

Hispanic Market News is out! news.marketingtohispanics.net

Connect with us to learn how you can engage Hispanic consumers on a meaningful level to build lasting relationships. It starts with the right message on the right device at the right time. Get started today.